Travelling third class on a Soviet-era train to Tbilisi. 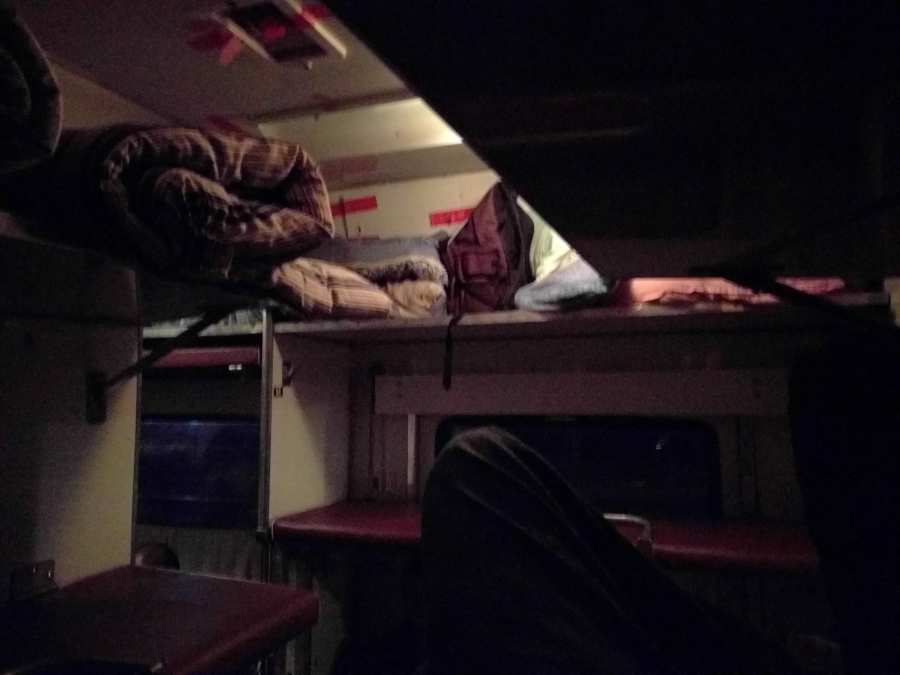 Street performance during the Francophonie Summit in Yerevan outside the Paronyan Musical Comedy Theatre.

Khor Virap with Mount Ararat in the Background

The Ararat region is frequently hazy, but I managed to catch Mount Ararat on a perfectly clear day while visiting Khor Virap. 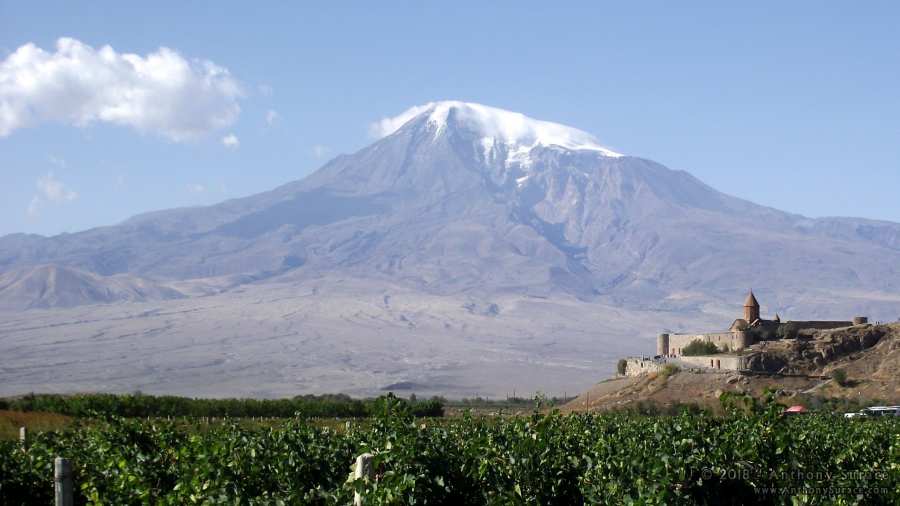 Novarank Monastery is framed by brilliant red rocks lining the sides of the canyon. 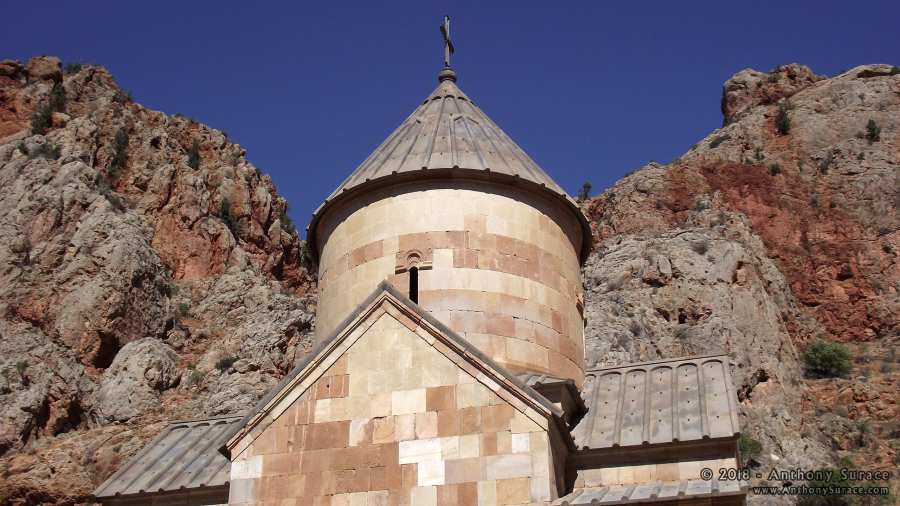 Khor Virap translates loosely as "deep pit" and is one of the most significant historical sites in Armenia. Gregory the Illuminator, the figure who introduced Christianity to Armenia, was imprisoned in the eponymous pit for 13 years after King Tiridates found out he was Christian. The King eventually fell ill and his sister received a vision that Gregory could heal him if he were released from the pit. Gregory successfully cured the King of his temporary madness and Armenia subsequently became the world's first Christian nation, prior to the practice of Christianity even being allowed in the Roman Empire, in the year 301. The pit itself still exists below the complex and you can descend into it to experience a bit of Gregory's isolation.

Detail of the Entrance of Yerevan's Blue Mosque 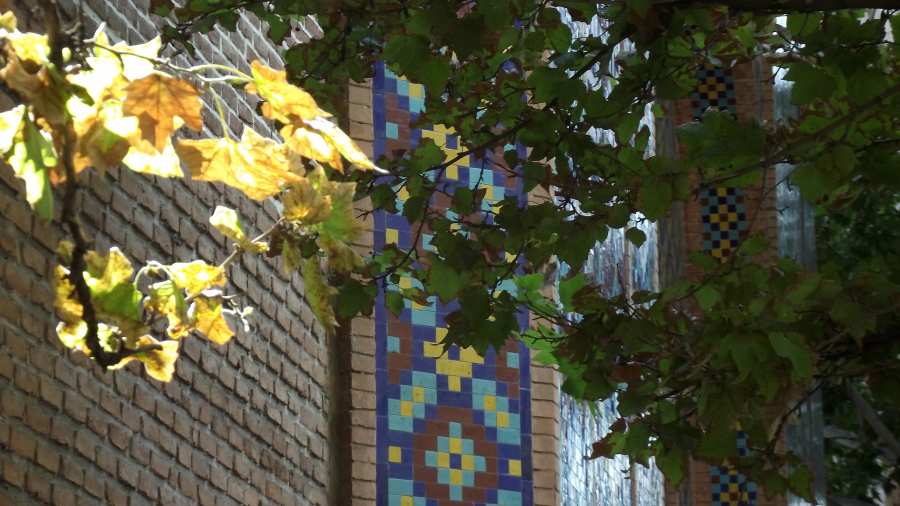 The Shaki Waterfall in Syunik Province is one of Armenia's most stunning sights.

Khachkars are a form of art unique to Armenia. Newcomers may confuse them for gravestones as they tend to be arrayed outside of churches and monasteries but they are actually religious monuments. Khachkars follow a general design pattern depicting the mortal Earth at the bottom, the Church and Christ in the middle, and Heaven at the top. They are symbolic of acceptance of Christ leading man towards Heaven. Echmiadzin hosts a number of intricately carved examples and you'll find many at monasteries around the country such as Novarank and Sevanavank. 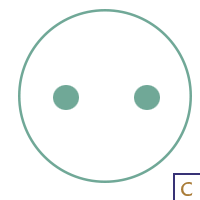 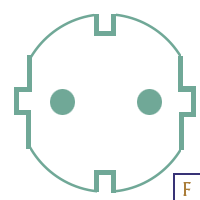